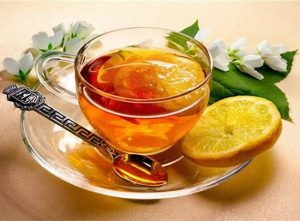 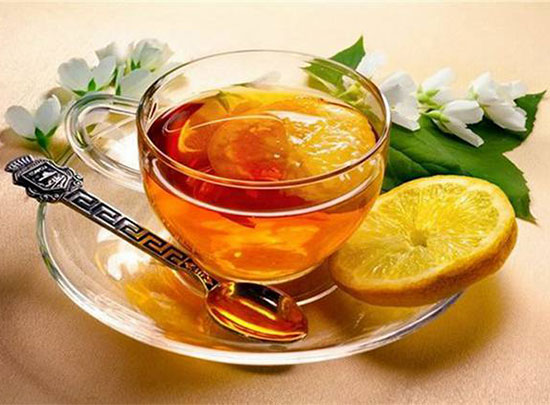 As a child, F.X. Mayr (1875-1965) developed a good nose for identifying the best cows. At that time, cows were selected by lifting their tails and examining the anus. If that area was clean, it was assumed that the rest of the animal was also healthy. However, as he later discovered, no such standards existed for the evaluation of the human digestive system.

Around the turn of the century, Mayr was a medical student working in an Austrian sanatorium where it was his job to massage the abdomens of patients with intestinal problems. He often wondered how he would know when he had reached the goal of his treatment, that is, wellness. When he asked a professor what norms existed for the abdomen, he was told that there were none (although normal criteria existed for all other organs). Another professor told him that the abdomens were as different as noses on the patient’s faces.

Unsatisfied, Mayr decided that, as a physician, he would specialize in the treatment of the abdomen. Hence, the answer to such questions as “How do we recognize a healthy digestive system?” “What are the external signs of healthy intestines?” and “How are these reflected in the size, shape and condition of the abdomen?” became a lifelong search for Mayr.

Mayr began asserting the novel idea that the digestive systems of most people were not clean, no longer completely efficient and therefore unhealthy. Waste products deposited in the system caused it to be contaminated, often infected, and therefore a dangerous source of toxicity. This was undermining people’s health and making them prematurely ill, old and unattractive.

Because he knew that a healthy functioning digestive system consisted of more than having a daily bowel movement, Mayr decided to treat all of his patients, regardless of their complaints, as though they had digestive problems. As a result, he came to the astonishing conclusion that:

By taking measurements, Mayr also realized that physical changes took place during and after the treatment. For example, the abdomen itself became softer, less tender, and tonified; the diaphragm came to a proper level and skin tension, color, hair, and nails were also noted to improve. Eventually, optimum physical measurements were obtained which became the basis of Mayr diagnosis, as well as the objective treatment goals. Because modern-day norms are based on averages and not optimals, it is possible that a patient who is considered to be healthy by orthodox standards may still be unhealthy by Mayr standards.

The dietary approach of Mayr Therapy was first conceived during WWII when Mayr was working as a physician in a military hospital. Patients who were sent to him with severe illnesses (e.g. cholera, typhus, etc.) were found to improve best with soups. He himself was able to derive great benefits from fasting with water. As a result, he incorporated variations of fasting into his digestive detoxification treatment of the abdomen.

While obese patients usually lose a significant amount of weight on Mayr therapy, and obtain a good ratio of body fat to muscle, weight loss is a secondary benefit of the program. For example, the Baron of Rothchild once came to Mayr and said, “I want to lose 16 lbs.” Dr. Mayr took him by the arm and led him to the front window of his clinic. He pointed to the butcher shop across the street and said, “The butcher works with pounds, I work with health. If it is just pounds you want to lose then you need to go somewhere else.”

Nevertheless, the close link between attractiveness and good digestion has earned the Mayr Cure such nicknames as “inner beauty treatment” and “natural cosmetic aid.” In his book, Health Through Inner Body Cleansing, Dr. Erich Rauch, a former pupil of Dr. Mayr’s, describes this digestive detoxification therapy as “a natural, preventive and regenerative treatment for body and soul.” Perhaps there is no better way to discover the truth of this statement than to experience the wonders of the Mayr Cure yourself!

The Purpose of Mayr Therapy

The purpose of Mayr’s digestive cleansing program can essentially be summarized in three major concepts:

The ultimate goal of what has become known as the “Mayr Cure” is to improve one’s health through digestive detoxification. Since most illness is believed to originate from the gut – resulting in auto-intoxication, abnormal body shapes and postures, and enteropathy – this is where the attention of the therapy is focused.

“Most people eat too much. They live from 1/4 and the physicians live from the rest.” Egyptian philosophy.

“The belly is the middle point of life… 100 different diseases have their origin there.” Chinese philosophy.

The first line of defense against what we take into our bodies through eating and drinking is our intestines. In fact, 80% of the immune system is found in the intestines and intestine-related tissue. A disturbance in the healthy function of our intestines leads to what is known as “enteropathy.” Such a disturbance can be the result of genetic inheritance, fetal damage during pregnancy, or poor nutritional habits.

Poor nutritional habits are the most common reason for enteropathy and include eating too much, too fast, too often, too late in the day, and when tired. Acute reactions can occur from fermentation (e.g. eating too much raw food at the evening meal). When we sleep the intestines also sleep and thus, can’t finish its work until the morning. Upon awakening, it must deal with toxins developed from stagnant food.

Toxins absorbed from the intestinal tract are filtered either directly into the blood, or indirectly through the lymphatic system, before being transported to the liver and/or the kidneys. If the liver becomes overwhelmed, or the kidneys become overburdened, toxins are unable to be eliminated. They may then be deposited in areas of less importance (e.g. joints, sinuses, skin, etc.) or weakness and result in symptoms at a remote distance from the intestines.

How Does Fasting Differ from Hunger?

It was the ancient physician Hippocrates (“The Father of Medicine”) who once said, “Find your way to health through fasting and not medicines.” Consistent with this philosophy, Mayr therapy is essentially fasting with control. Fasting differs from hunger in that fasting is the result of a personal decision reinforced from inner willpower and a sense of purpose. After the first few days, the physical hunger pangs are overcome, and the body feels full of energy. Instead of being hungry the body lives off of its reserves.

Are There Any Contraindications?

As with any detoxification therapy, most symptoms will occur within the first few days as unwanted poisons begin to exit the body. However, after the initial reaction, the patient usually experiences an increase in energy and hunger pangs abate entirely. During the therapy, some medications (e.g. blood pressure medicines, psychotropics, etc.) may need to be adjusted downwards or weaned altogether. After completion of the cure, women of child-bearing age should be advised that they may be much more likely to conceive.

If you follow the program correctly, most problems can be minimized by observing the following:

If, in spite of preventive measures, a reaction should still occur, consider increasing the frequency of the base powder, adding Swedish Bitters 1-2 tsp 1-3 X daily 1/2 hour before meals, and/or using appropriate homeopathics. Beware of “Locus Minoris Detente,” which is Latin for “weakest area of the body.” This indicates that during detoxification an increase in symptoms often occurs in the patient’s “achilles’ heel” or weak area.

For more information, a list of the more common reactions, and their treatment, is included at the end of the patient handout. For persistent symptoms, consult with your physician.

Note: The above schedule is a typical example of how your daily regimen might appear. Of course, it may need to be adapted to your already existing routine.

The Benefits of The Manual Abdominal Technique (MAT)

Originally called by Dr. Mayr “Passive Abdominal Breathing,” and later changed to the “Sleeping Beauty of Medicine,” MAT has been found to have several beneficial effects:

The more MAT that can be done, the sooner noticeable results will be obtained. While this is best administered under the experienced hands of a Mayr-trained physician, a modified version can also be performed by the patient himself.

Foods To Be Avoided

What Foods Are Allowed?

Generally speaking, if possible, the following liquids should be avoided:

How Much May I Eat?

You are not expected to eat an entire meal. Eat only until you are satiated and then stop. This also applies when eating milk & roll or tea & honey.

Chew all food at least 50X; eat at the same time each day; balance acid and alkaline foods; rest before meals – exercise after meals; take time to eat and relax when eating; retire to bed early (ideally before 10 p.m.); minimize prescription and over-the-counter drugs; drink 2-4 liters of water daily (ideally before noon); and stop eating before feeling full or when no longer hungry.

Use recreational drugs; eat snacks between meals; eat sweets, desserts, etc.; eat after 6 p.m. (if possible); drink coffee, alcohol, or soda pop; eat raw foods (incl. fruits and juices); eat when tired, anxious, or under stress; drink liquids 1/2 hour before or 1/2 hour after meals or eat the same thing twice in one week at the noon meal.

Some Examples of Acid and Alkaline Foods

In general, one should combine acid with alkaline foods, not acid with acid foods. For example, if given coffee, add milk instead of sugar or add a fruit or vegetable to your meal if meat is present. As a rule, the body needs more base (alkaline foods) since this is what is necessary for the pancreas to produce enzymes and for the liver to function best. Examples of acid and alkaline foods is given below:

*Wheat has the lowest amount of acids among grains.
**Cottage cheese has some egg protein and is considered to be acid.

How Long is The Mayr Cure?

If you are a patient at an in-house facility, your stay may be anywhere from 2-4 weeks. The International Society of Mayr Physicians officially recognizes two weeks at an approved center as a “short cure,” three weeks as a “normal cure,” and four weeks as a “full cure.” On the other hand, if you are an out-patient, under the supervision of a Mayr Physician, the duration may be 4, 6, or 8 weeks depending on whether you are able to have follow-up visits and MAT Therapy.

As a general rule, you should continue to observe the following:

Provided there are no contraindications, the Mayr Protocol may be repeated in six months to one year.