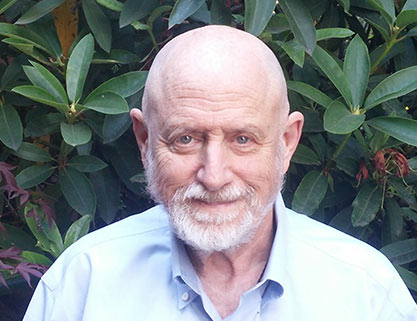 RICHARD KITAEFF, M.A., N.D., Dip.Ac., L.Ac., naturopathic physician and acupuncturist, was the first Westerner to graduate from Meiji University of Oriental Medicine in Osaka, Japan. Kitaeff was also licensed as an acupuncturist by the government of Japan in 1975 and was a member of the first graduating class of naturopathic physicians from Bastyr University in 1982. He interned at the Osaka Medical College Pain Clinic and the Kyoto Pain Control Institute. Richard Kitaeff’s research on acupuncture and endorphins, carried out at the University of Washington School of Medicine and published in the journal Pain, was the first to verify the analgesic effect of acupuncture through objective (EEG) measurement.

Since 1984, Richard Kitaeff has owned and directed New Health Medical Center in Edmonds, Washington. New Health Medical Center is a multidisciplinary center integrating North American, European and Asian techniques of pain control, systemic detoxification, allergy elimination and stress management. Since 1999, he has been the only acupuncturist or naturopathic physician to become a staff member of a major hospital in the Northwest, and additionally has been granted privileges at rehabilitation hospitals to treat stroke patients with acupuncture.